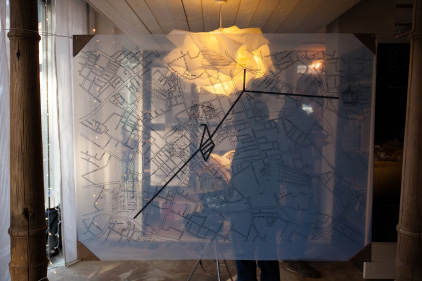 Building on your current knowledge and explorations in Manchester city centre; through research, collaborative dialogue and testing – propose an ambitious urban intervention (interior or exterior) which references the concept of ‘Paper Towns’ (fake towns).
As a group you need to document your proposals through photography, film, mapping, drawing and 3D outcomes which will be exhibited at the Unit X Private View in a central Manchester location.

Creating an underground retreat for the elite in the case of an attack on the city. Those who join the bank will receive the classified information of where to go in case of an attack. Creating secret tunnels across the city using Manchester disused underground tunnels and turning them into luxury spaces to stay during any attack.